this is my first time posting here, so please correct me if I am wrong, and I'm not very good at translating. 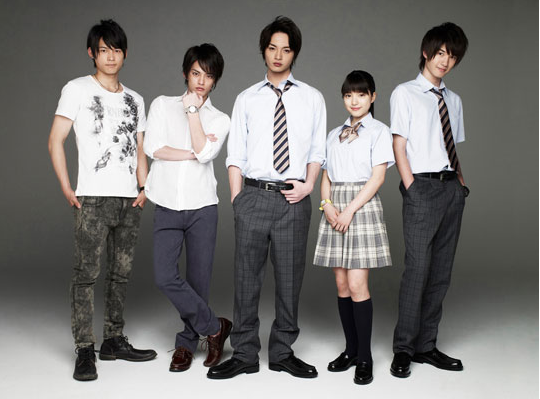 Tamamori Yuta along with Nakyanma Yuma, Lewis Jesse, and Johnnys' Junior Matsumura Hokuto is staring in a new drama based on the manga "Pin to Kona"


Drama starts in the summer of July, every Thursday at 9 p.m. on the TBS channel.

From what I can understand, Tamamori Yuta will play Kyōnosuke Kawamura, a son of a famous household but isn't good at it Kabuki.
And Nakayama Yuma of NYC will play his rival, a talented Kabuki performer from an unknown family.
And of course, they both fell in love with the same girl, played by Kawashima Umika of 9nine. 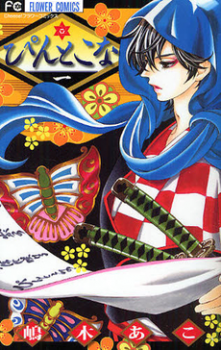 Johnny's Jr. members Hokuto Matsumura and Jesse will co-star in the series as a fellow kabuki actor who is jealous of Ichiya and Kyōnosuke's friend, respectively. Kōji Yamamoto, Masahiro Takashima, Takaaki Enoki, and Kyōko Enami will also play kabuki actors and leaders, and Gorō Kishitani will play Kyōnosuke's father.

The manga won the GIrls' Category at the 57th Shogakukan Manga awards last year. The manga also placed 8th in the top 10 manga for female readers in the 2012 edition of the Kono Manga ga Sugoi! guidebook.

Shimaki launched the manga in Shogakukan's Cheese! magazine in 2009, and Shogakukan published the 9th compiled volume last month. The manga has more than 1 million copies in print.

The series will air on TBS on Thursday nights at 9:00 p.m.